I know and I've heard of restrictions stated over children's computer use, but Finland's authorities may have set the new boundaries of how far can you go bullying children. Two of the major Finnish newspapers reported of a case where a child's computer was confiscated by the police, because of downloading a song from a locally well known musician called Chisu. Hufvudstadsbladet (biggest newspaper in Finland targeted for swedish speakers) tells that Electronic Frontier of Finland (Effi) and Pirate Party (Piraattipuolue) criticized   Finnish authorities for going to far.

Scandinavian's biggest Newspaper Helsingin Sanomat reported also that the local Copyright Information and  Anti-Piracy Centre in Finland TTVK's director Antti Kotilainen answered the critics by saying "of course we review every situation individually, but that in this case, it was better to let authorities to investigate what has happened." According to Helsingin Sanomat, Antti Kotilainen stated that it is not possible to load illegal music without knowledge.

Events started when last year's october family's daughter tried to preview to Chisu's new album. According to child's father, searches took her to the Pirate bay. Next spring the father got a letter from TTVK demanding 600 euros. TTVK's letter also demanded a nondisclosure. Father didn't oblige, but instead, wrote a letter back to the attorney. Letter included photographs of the bought album, and the tickets to the concert, which her child attended.

This case has been the story of many Finnish newspapers today and also it has gotten a lot of attention through facebook. As the father's story started to circulate, it seems that the piracy movement gets a lot of sympathy because of this. At least after this, anti-piracy movement might be more attuned to use softer means to fight piracy for a while.

Unfortunately there are no links in English at the moment, so you have to trust author's translations, or use some translator device. You will probably get more using Swedish links, because Finnish doesn't really translate to English using automatic translators. If I find some links in English, concerning this case, I will try to remember to update this blog.

Update #2. In Finland people under fifteen cannot be prosecuted. So this blog entry starts by throwing people a bit off. Sorry for wooing people. Girl's legal guardian, in this case her father, might still face trial.

Update #4. Electronic Frontier Finland seems to have made an English release stating that CIAPC is doing blackmaling in Finland.

Update #5. Boingboing seems to have used this entry as a part of their story. I might have had a good upper hand covering this story, because I can read Finnish newspapers in two languages. So I'll just crosslink their story here. 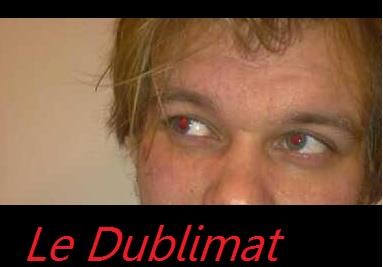